We've been a bit quiet of late, but not inactive. We were called to help fix a 1953 Yamaha upright the other week. Imported from Nagasaki years ago. It was last tuned in 2011, but has held its tuning well. The main problem was a loose flange pin, which meant that one key didn't play, its hammer striking the side of the frame instead of the strings. We popped the pin back in and tightened it up, but ideally it needs a larger pin to replace it, otherwise it's likely to come loose again. There were also a few hammers that weren't falling back fully. Our friend Howard at Howard Piano Industries suggested it might be the opposite problem - the flange is too tight. Everything else looks in good form, so we'll try easing them and see what happens. 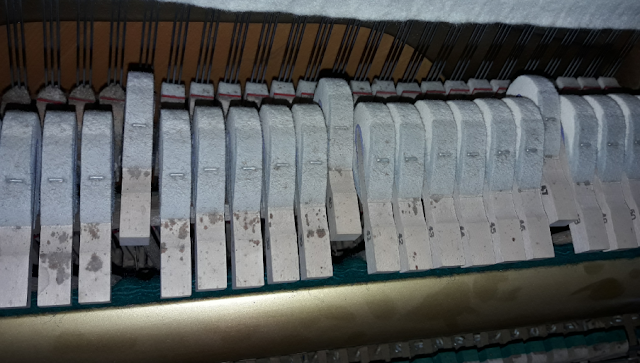 Then it was on to tune one of our regulars, the Korean church in Kinyinya. They have a Young Chang. Marion has replaced several of the base strings in the past, but broke a treble string last time she was tuning. Now we've got a plentiful supply of wire, she went to replace it... and broke five more!

This has never happened with any other piano. On close inspection, there was a small amount of rusting, but not enough to cause this level of snappage. One of their pianists kept breaking bass strings, which have no signs of wear, so the conclusion is - weak strings? Marion took a guess at the replacement size for the treble as she didn't have a micrometre, but the wire kept breaking, so she changed up a size and it held. A tough way to learn, though. The tuning would only have taken a couple of hours, but ended up being double that. Still, it was good practise for when we come to string our own piano - all 220 tuning pins. 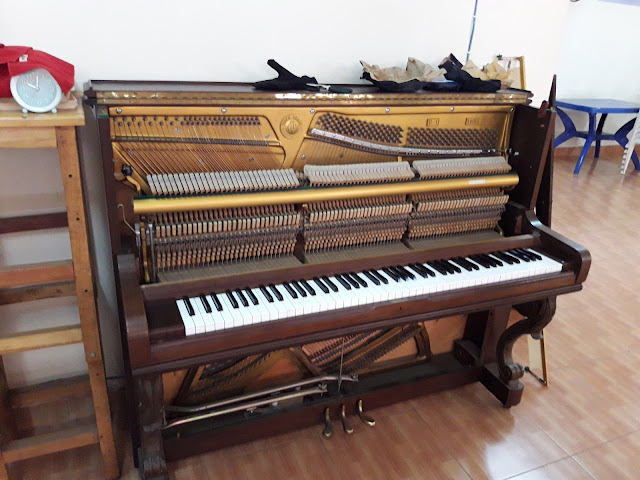 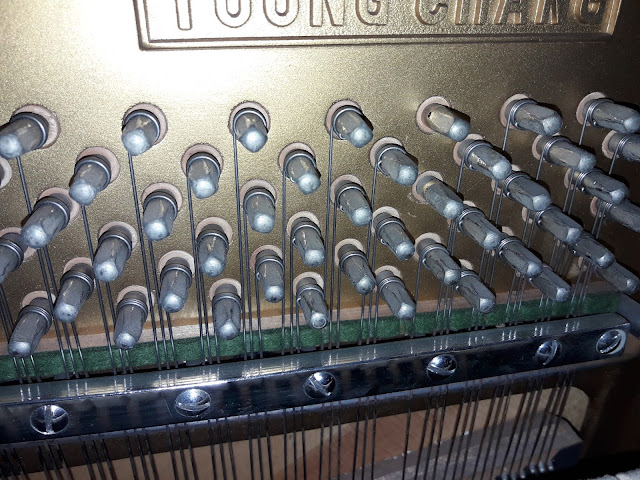 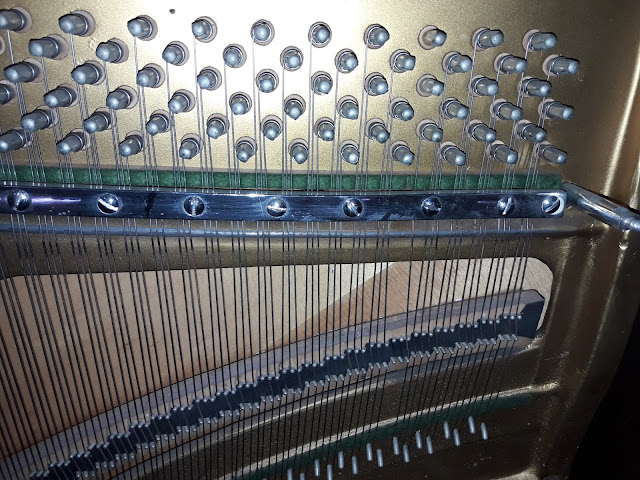 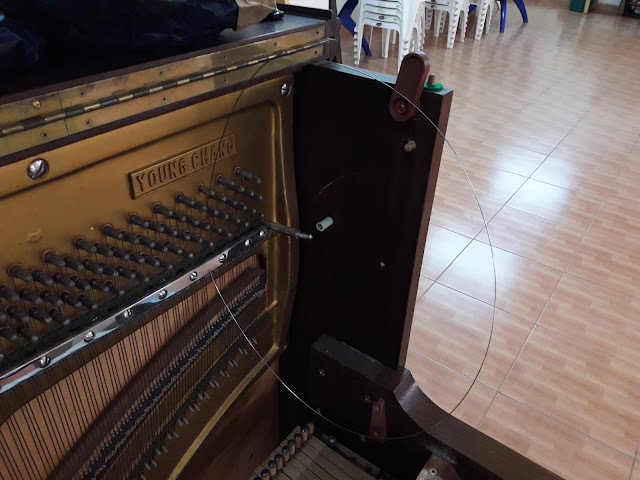 Yesterday we took the original Lirika action over to Chillington, the place that makes our string frames. Starting to suspect we might need some help with this. Désiré can only devote one day a week to the project and the action requires a large number of small wooden pieces. Things like springs and bridle straps are easily bought online, but the rest - including the metal frame - we need to make here. They've suggested a couple of places with CC cutters, which should be able to cut pieces to size with extreme accuracy multiple times. 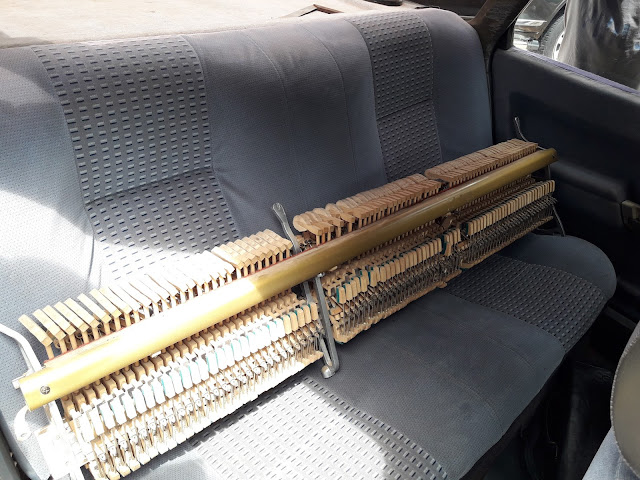 Then we dropped back via the Korean church to examine the pins on the bridge, which Dés is working on at the moment. The spacing between pins is very important, and they have to be extremely strong to hold the pressure of the strings as they tighten. 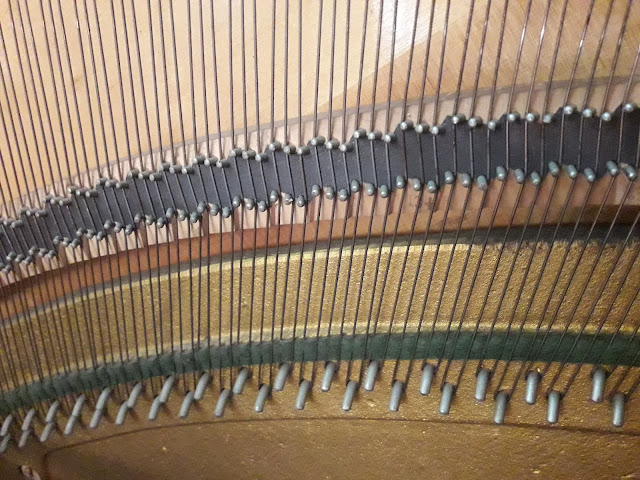 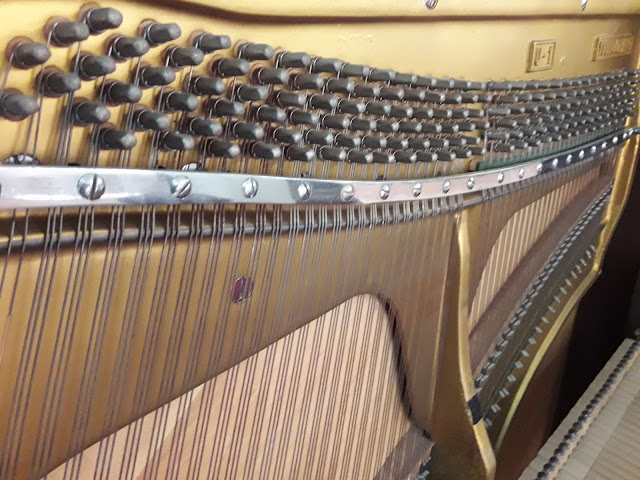 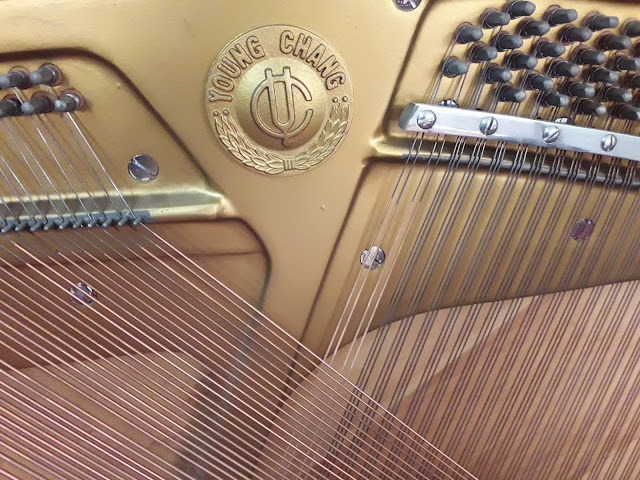 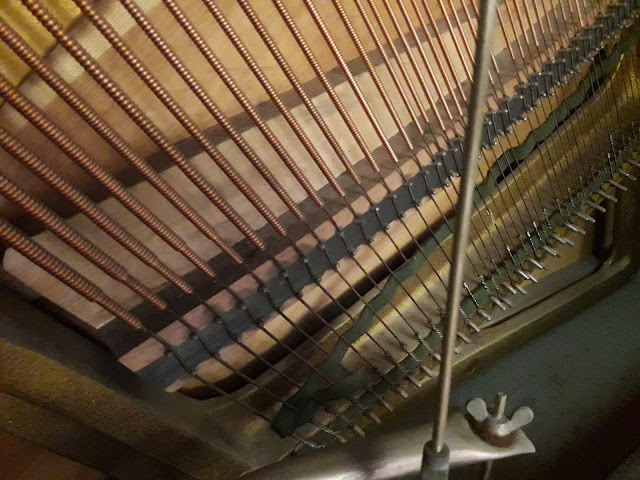 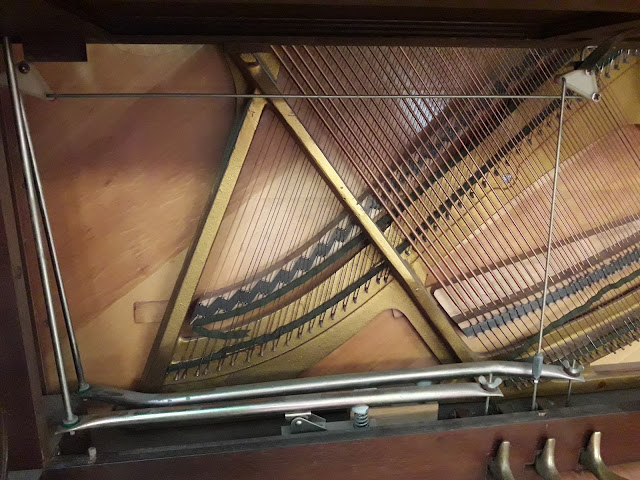 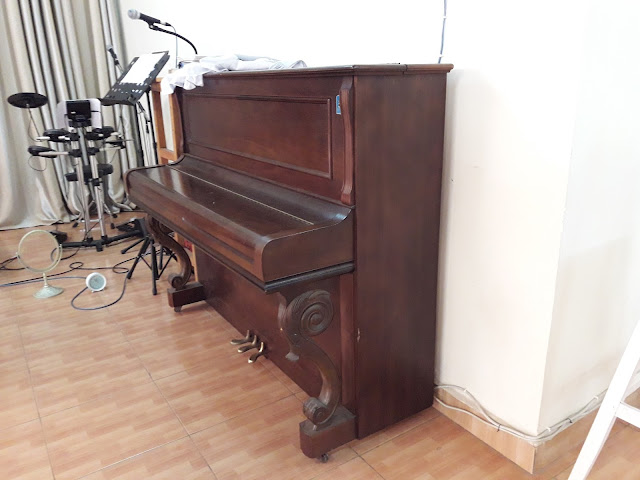 We're very grateful to Father Hong for his patience in allowing us to take his piano apart and poke around. It's useful having such a similar piano nearby so that we can check our progress now that Lirika is in pieces. Like Lirika, their bass ends on D3#, and the frame is fairly similar, which makes it a good reference point.

Finally, we headed over to Gakinjiro, which is an area of Kigali with a sprawling wood and metal market. We went to look for frame bolts, which are big, thick screws that hold the string frame in place. This is an original. We couldn't find anything exactly the same, but we found something similar, so we're going to give that a go. 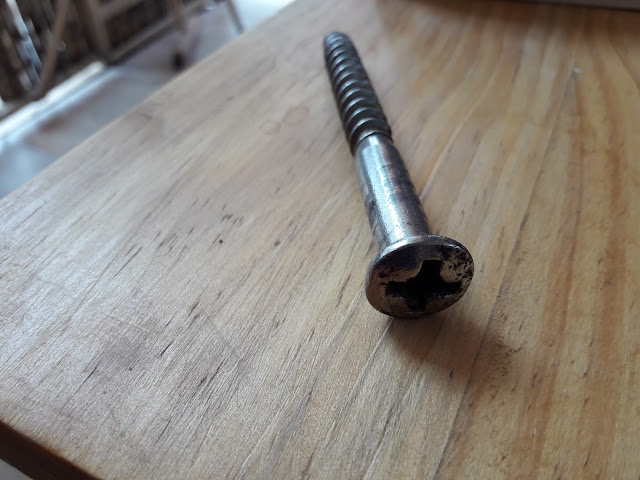 We also passed by The Woodworker's Friend, which is a shop selling carpentry equipment. Désiré needs a precision cutter for the keys as the jigsaw we have isn't nimble enough to do a quality job. We also need a sander. Unfortunately, the shop was close, but we're hoping to price everything up soon. We're also extremely grateful to Jim Kelly at  Fur Elise Piano Service in South Carolina. He's been incredibly generous with his time and knowledge, providing information on lots of technical issues and resources. 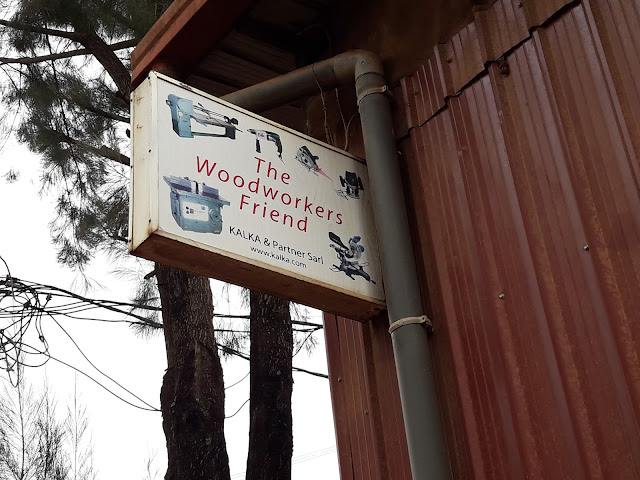 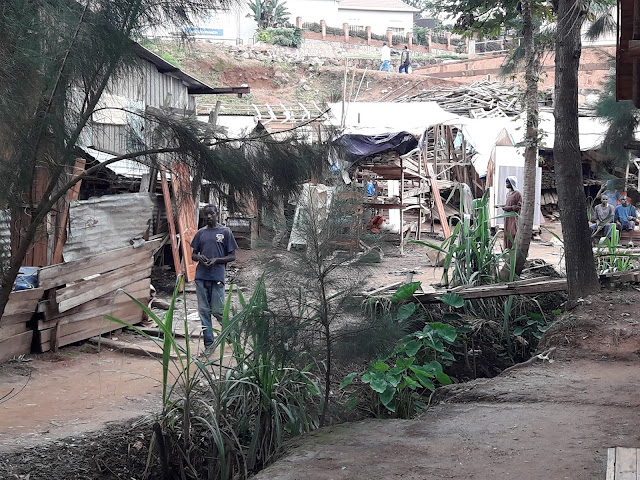 So, it's taking a bit longer than planned, but the frame is getting secured soon, and the tuning pins are going in, ready for stringing.

We're calling in on Alex to make a couple more bits to fit the pins exactly. The pins will go in using a drill and standard hammer, but Dés and his team need tuning hammers to wind them back out again. We have two sizes of tuning pins: one is the same size as the original Lirika, for the new piano, and the second is a fraction larger, to put Lirika back together again. By having the bits made to measure, it helps prevent the tuning hammer from shaving the tuning pins, keeping them nice and square. Here's one he made for Marion. 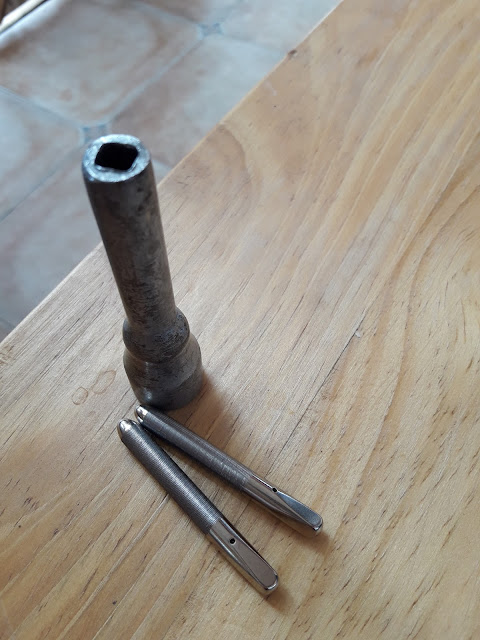 We might not be able to do this next week as memorial week begins tomorrow for the 1994 Genocide Against the Tutsi. April is traditionally a quiet time in Rwanda, when people remember those they lost.
at 07:28