Thank you so much to everyone who's donated.

Chillington are already working on the string frame. The hammers have arrived in Nairobi, awaiting collection by Ocean Sole. Things are starting to look more hopeful. 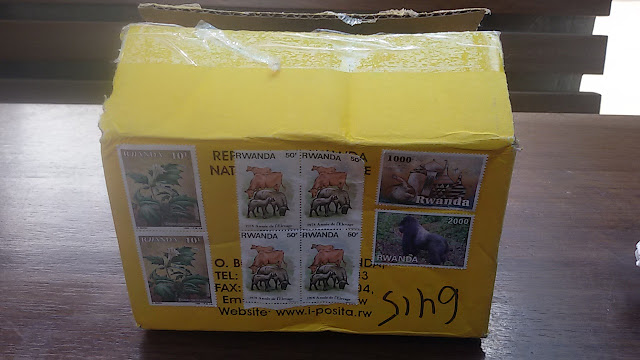 Well, um... that was interesting.

We sent three piano hammers to Nairobi on 6 June. Just checked the post box today and they've been returned to us without explanation. They didn't make it as far as Marula Studios in Karen. We're not entirely sure what happened, but we're going to try DHL tomorrow.

Thankfully they're all in one piece.

Still, on the upside, we paid Chillington today and they're going to try casting our second string frame next week (the first one didn't turn out so well). We're really hoping high on this one. If Chillington can't do it, we might not be able to do it at all in Rwanda.

They're going to be working hard in the heat. We're in the Long Dry Season at the moment. Which means a typical week looks like this:

As opposed to the Long Wet Season, which looks more like this:

We're struggling a little as we still haven't received a penny of our Indiegogo funding. It's supposed to arrive within 15 working days after the campaign ends, which would have been Monday. But apparently there can be an extra five-days' delay for bank transfer. Still, it's got us rather nervous. Wouldn't recommend going down the Indiegogo route in the future, not if you're trying to get a project done before retirement.

Still, we're doing something - waiting on a frame - and therefore there is reason to feel excited.

They're starting early next week. We're not sure exactly how long it'll take, but possibly in the region of two to three weeks. Chillington are confident for the most part, there's just a question over the accuracy of the tuning pin holes, which they reckon might be out by up to a millimetre. If that's the worst that happens, we should do fine.

So, if everyone could just hold their breaths for a couple of weeks...