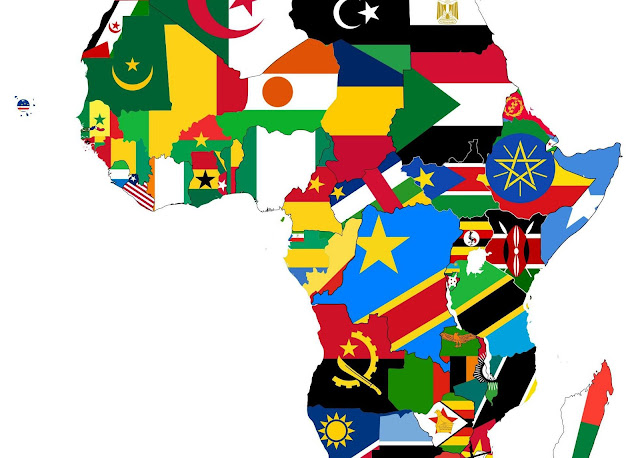 Something very exciting has been happening in Kigali this week.

Leaders from across Africa were here for a special meeting of the African Union.

It caused a few traffic jams as major roads were closed to all but delegates. 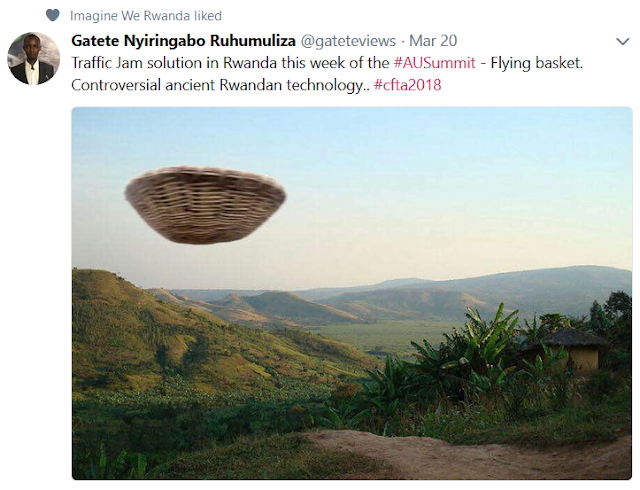 But, on the upside, an extremely interesting deal was being struck, which could be an absolute game changer for businesses such as ours.

The idea is to create an AU trade bloc, much like the EU.

Import and export weren't specifically mentioned in the articles, but the principle of the EU is:

That would be absolutely incredible if the AU followed suit. For example, we saw a beautiful old grand piano in Congo, but getting it to Kigali could cost a bit in import duty. If the whole of Africa scrapped trade borders, we could pop it on the back of a truck and bring it here to refurbish.

It would also mean that any pianos we do produce would be cheaper for people in neighbouring countries like Uganda and Tanzania to purchase, because it would only require the cost of transport. It would make it easier to hop over and tune a piano or two, too.

Ten countries currently need convincing, including Nigeria, which has the biggest economy on the continent, and it hasn't been ratified yet, but we're really hoping this goes through. It would be a major boost to business.
at 10:23 No comments:

Really shocked to be making this post. After our article came out, we received a further £60 in donations through Indiegogo. This is because we chose 'in demand', which keeps the campaign open so long as we receive at least one donation within a six-month period.

We were overjoyed that more people were interested in supporting the project and had donated their hard-earned money to back us.

Then we got an e-mail from Indiegogo explaining the financial breakdown of our donations. Out of £60, we would only receive £29 - less than 50% of the money raised: 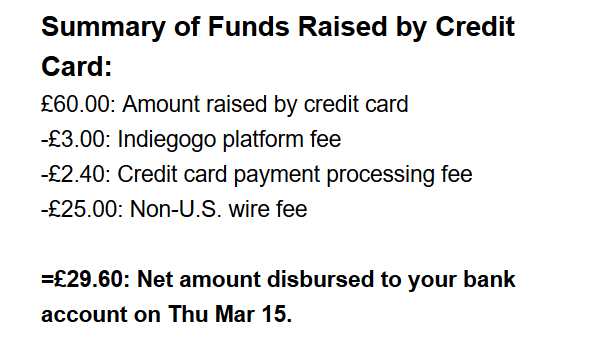 We couldn't believe it when we saw it. They also took around £500 from the original £6,000 we raised, but we covered that ourselves because we didn't want our supporters' money going into the black hole of Indiegogo and bank fees.

We've just written to them urgently requesting the closure of the in demand option, and they responded with a highly inapropriate automated message:

This is a family blog, so we won't repeat what went through our heads.

We haven't got a good word to say about our Indiegogo experience and would ask anyone else who wishes to donate in the future to do so directly through PayPal, as the fees are minimal in comparison and the money comes direct to us without any third party skimming.  Sorry for this disappointing news. We will make up the difference ourselves as it's absolutely not fair to the people who have supported us.


Our IGIHE interview came out today, so our Kinyarwanda followers can read the whole thing here.

It's a big deal as IGIHE are a massive news outlet in Rwanda. Our neighbour just texted to say 'well done!' having seen the article.

It was an extremely hot day, just before a major downpour. That's why we also title this piece: Mzungu Having a Meltdown. It's the rainy season at the moment, so basically this:

Désiré is the master of cool composure in front of a camera. We thought this was going to be a written interview at first, then they turned up with a camera and lamps. We're extremely grateful they cut out Marion's 'uuuh, umm...' which formed 90% of the interview, and managed to salvage a few decent soundbites. It's agreed that Désiré should do the talking from now on (he speaks Kinyarwanda, English, French, Lingala and possibly Klingon).

We're throwing out an appeal to our Kinya followers for an English transcript. Keep checking this post. If we get it, we'll add a link.

We're very grateful to IGIHE for the support.

No pressure then, guess we'd better get on with building that piano...
at 12:29 No comments: 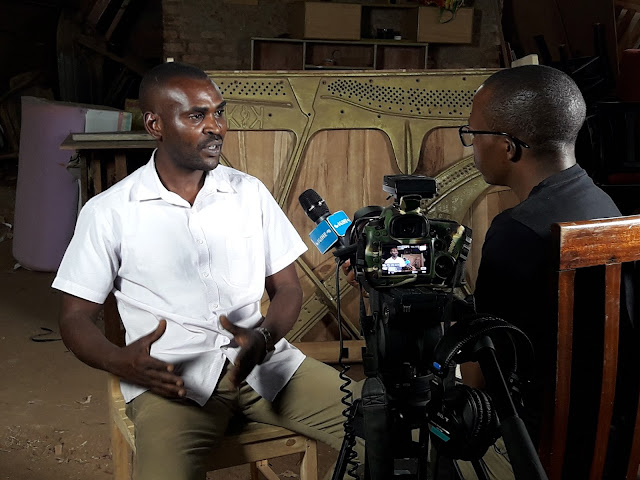 We had a fun day yesterday with Emmanuel from IGIHE, a Kinyarwanda-language news outlet here in Rwanda. They came to interview Désiré and Marion about the piano-building project. It was an extremely hot day, so we sweated our way through it and showed off our piano in progress alongside the Lirika. 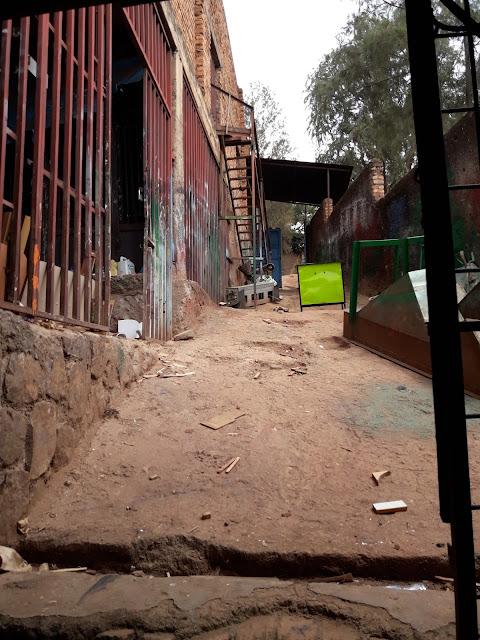 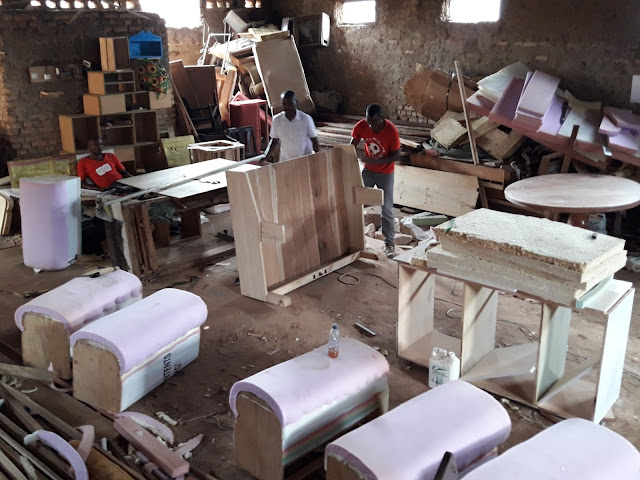 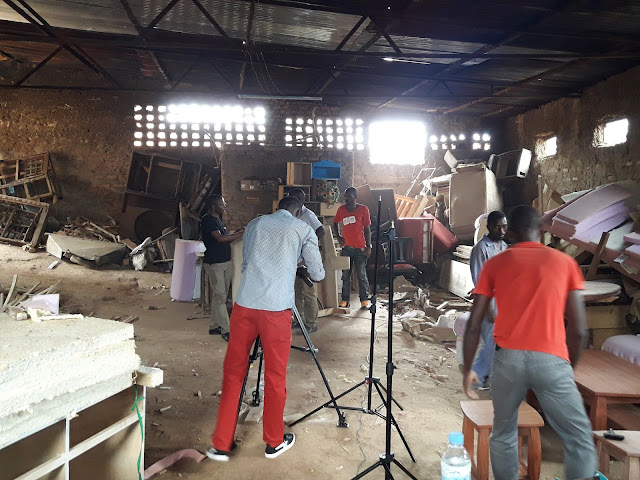 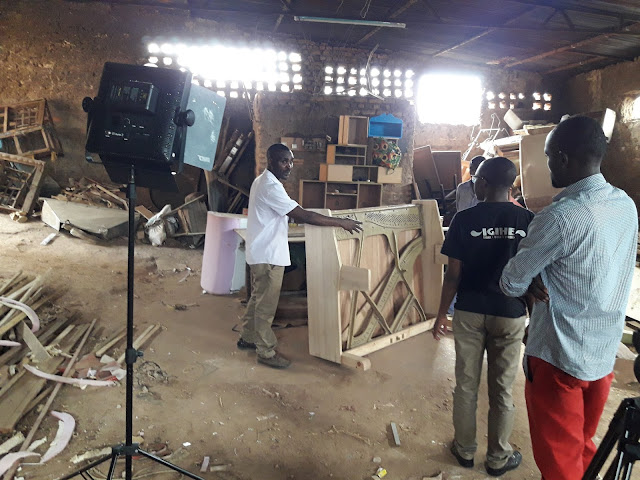 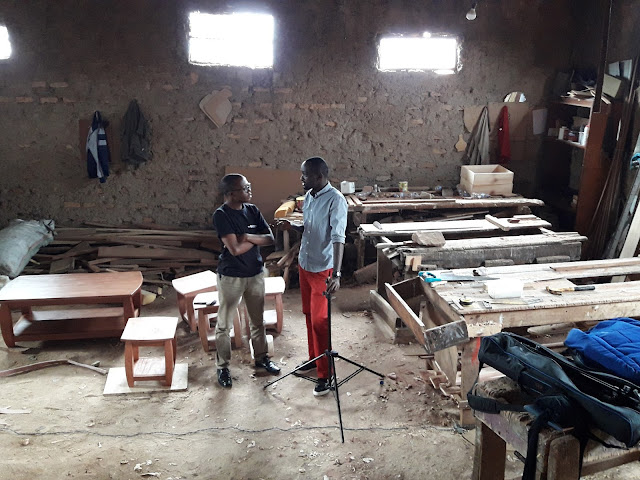 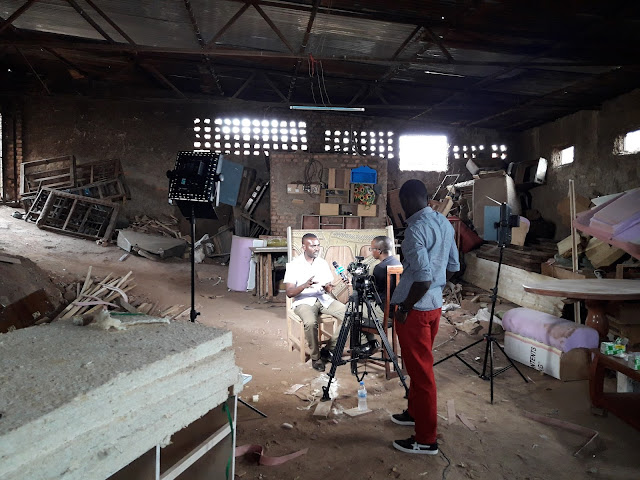 Lirika's original frame is looking a bit battered and bruised now, but we're ploughing forward. Désiré is currently making the bridges before mounting the frame onto the new piano and putting in the tuning pins, ready for stringing. 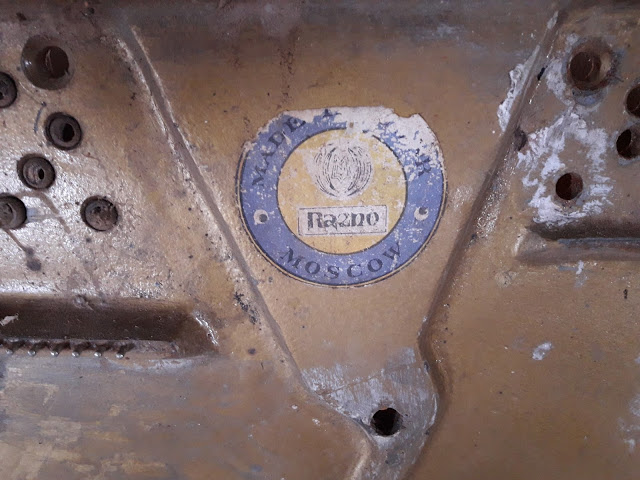 We'll post a link once the IGIHE interview goes live, and try to get an English transcript alongside it.
at 03:23 No comments:


A sad farewell to Ryan Arcand, a homeless Canadian man who had a soul-deep affinity with the piano. 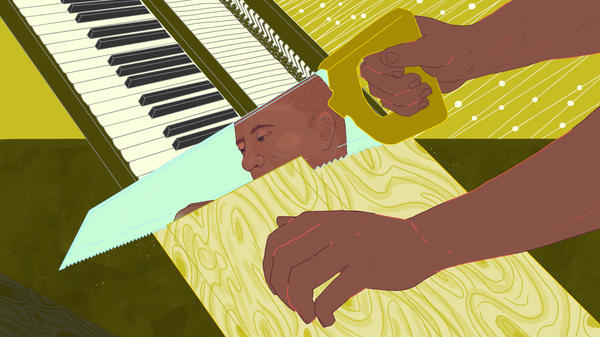 Alex, the lovely journalist who came to see our project last year, has written a great article about it.