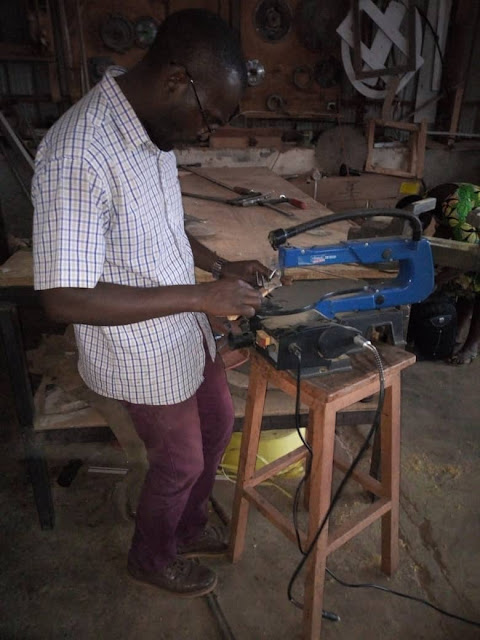 Picture of Désiré putting our new scroll saw to good use. Also got some better shots of the bridge he's made, so you can see how intricate it is. 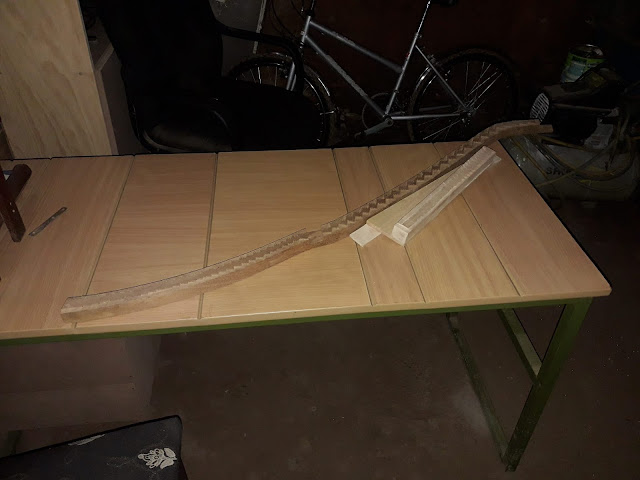 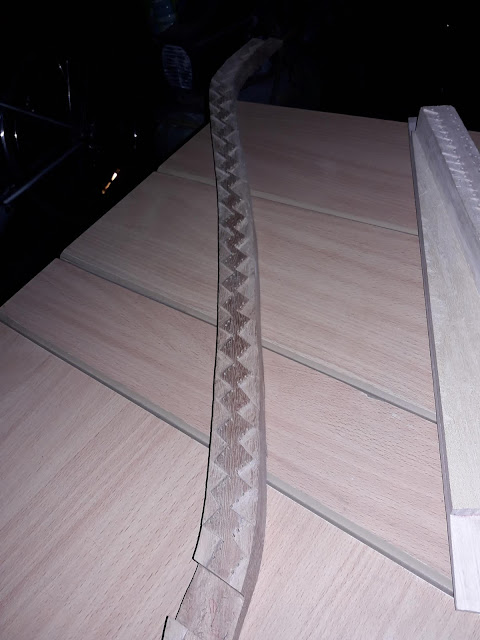 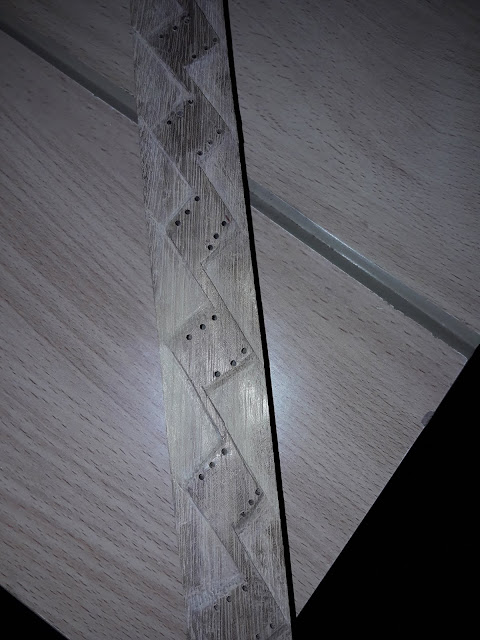 Truly a work of art. Unfortunately, we're still a way off stringing yet. Securing the soundboard and inserting the tuning pins is going to take a bit longer. Meanwhile, Marion's off to the UK for a few weeks. Chillington are working on a quote for the action frame for us. Bahoro bahoro, as we say in Rwanda - slowly slowly. 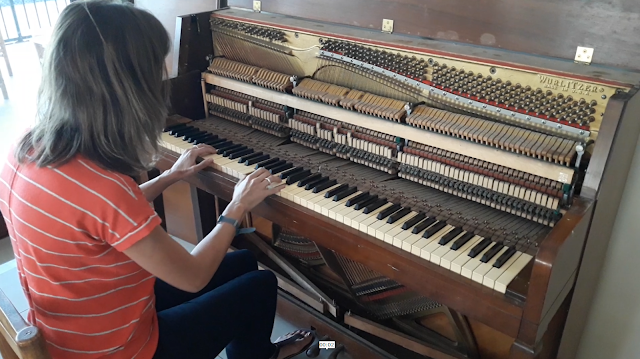 In other news, we were at The Earth School in Kiyovu on Tuesday to tune their Wurlitzer console. It definitely wasn't an easy one to work with. Lot of dust and spiders inside, and the screws on the action frame were a bit stuck until the oil worked its magic. The action really didn't want to go back in again afterwards, so one of the teachers was drafted in to help. 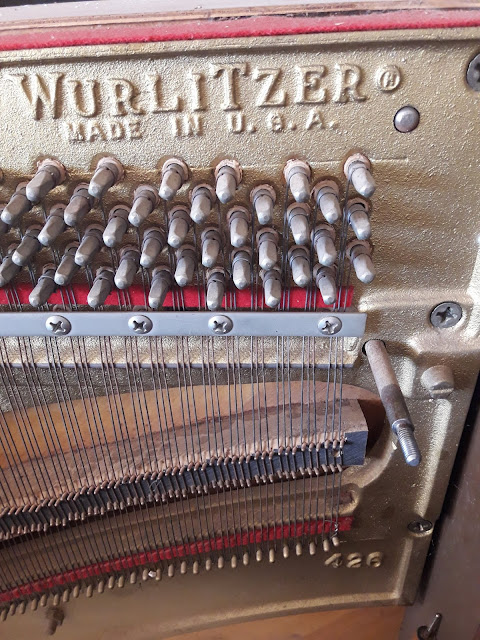 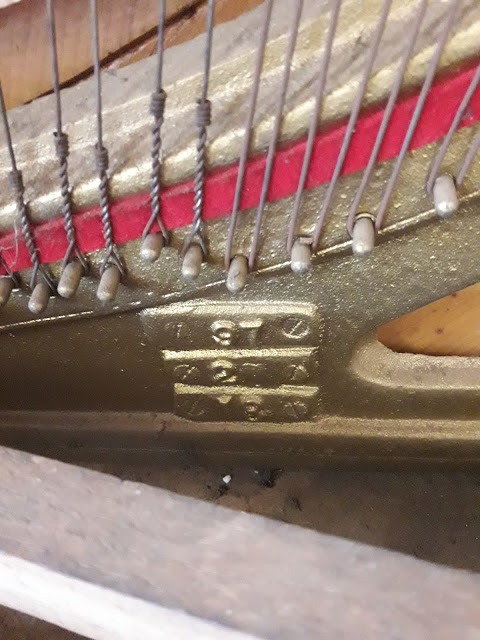 It wasn't easy finding the serial number, either. We think this is it in the bottom left of the frame. Hard to read, but looks like 372718, which would place it roughly around 1948, we think. 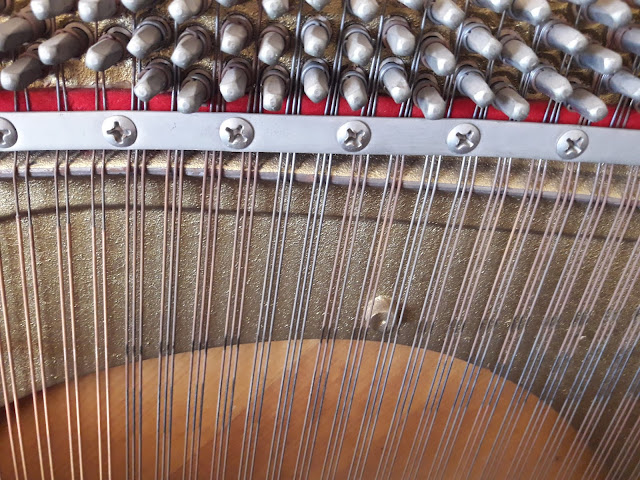 Along with spiders and rusty strings, a mouse has also had a go at C8 and its bridle strap. 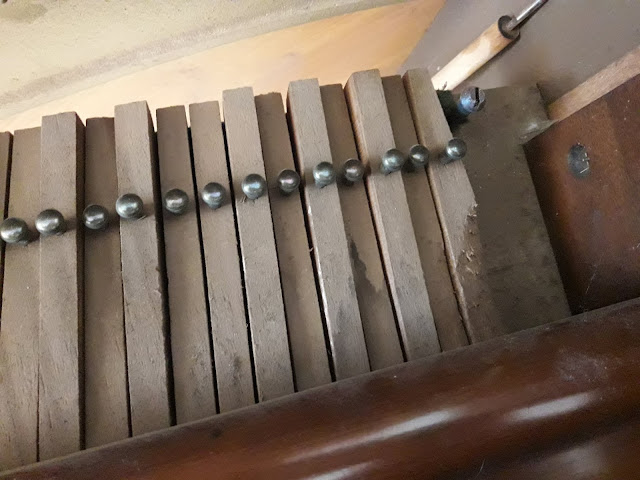 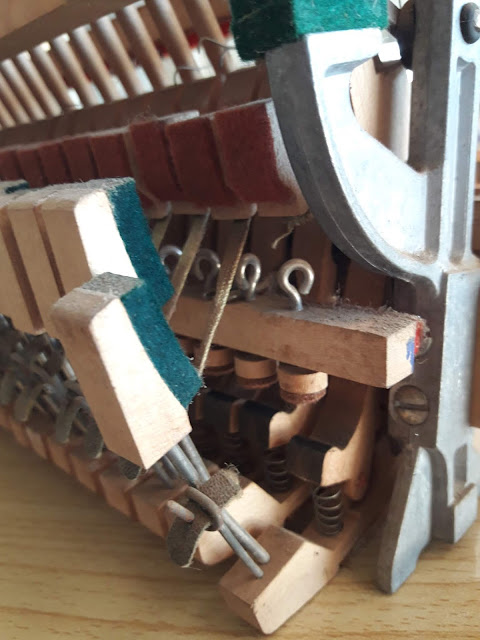 The biggest issue is the worn hammers and dampers. The dampers are so worn that it sounds as though the sustain pedal is down, even when it's not. 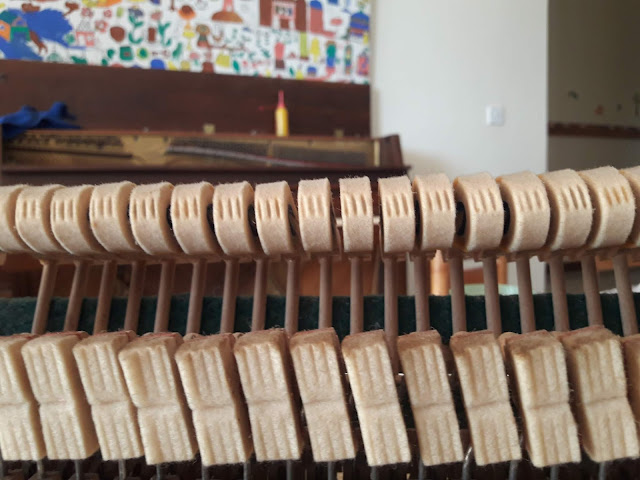 It's a nice instrument, though. Despite the worn hammers, it sounds clear enough. We gave it an overpull and will fine tune it once Marion's back. Also going to test out our ironing equipment to try to buff the hammers a little. 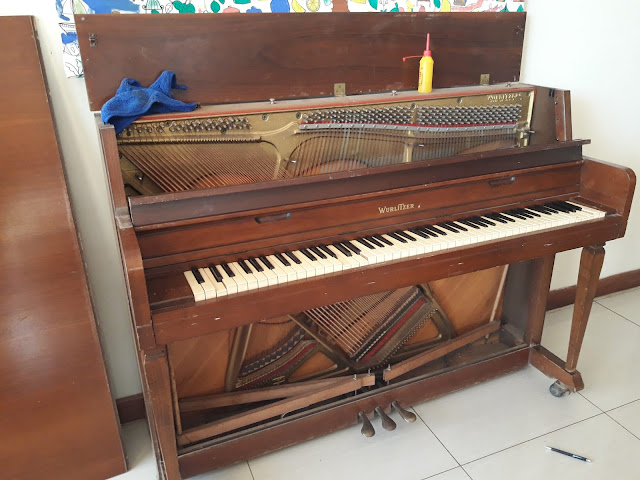 And as it was one of the teacher's birthdays, there was also cake. Piano tuning and cake - always a good combination. 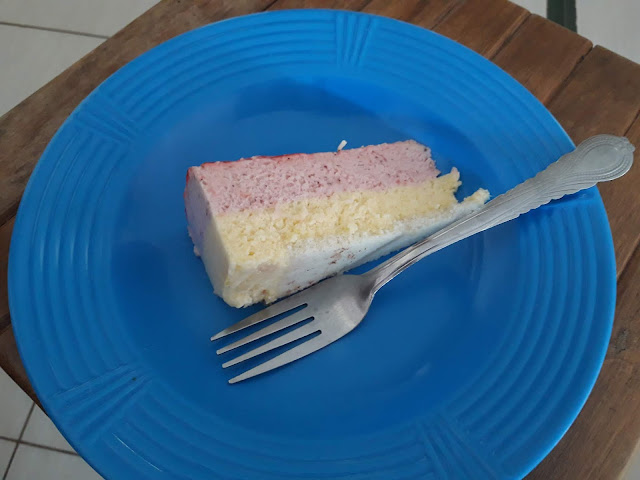 Bridge to the Other Side


We've been holding off posting for a while in the hopes of making a big announcement about stringing, but it's taking longer than expected. Marion is off to the UK for a few weeks and we're trying to get to the stage where we can string up the prototype before she leaves. That will give the new strings time to stretch and settle, so that we can tune them on her return.

The bit that's been taking a while is getting all the pins aligned on the bridges. Désiré has been working overtime to craft these complicated parts, which keep the strings evenly spaced and taught.


Now that they're almost finished, it's a case of mounting the string frame and hammering in the tuning pins using these pieces of equipment from Howard Piano Industries. The black one is a tuning pin punch, which goes over the pin to protect it when you hammer. The silver one is a tuning pin setter, which helps to ensure that all the pins go in at the same depth. We're talking around 220 tuning pins, so it takes a while to do by hand. 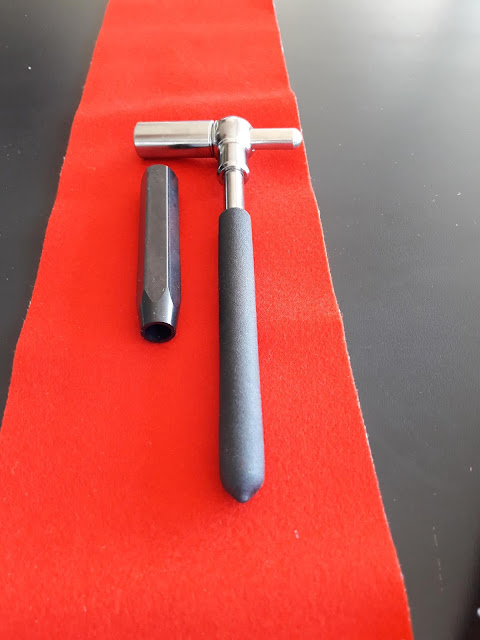