Sorry for the silence. We're still working on the steel string supply issue.

This is the part where we need someone to explain which size steel strings we need, and how much of each size to string a piano.

We've tried several places but it's not proven fruitful. Last week we called up Mapes Piano String Company in Tennessee. They are piano string experts and have very kindly offered to take a look, so we've sent them a sample board of all our steel wires in the hopes they can give us some accurate measurements and advice - and, ultimately, supply the wire.

So, industry is on hold for a while until the letter arrives.
at 04:08 No comments: 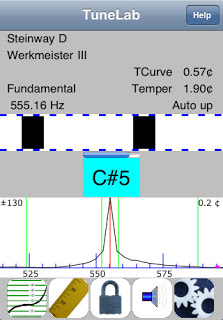 We just want to give a massive shout out to something that's been really helpful in the battle to tune all of Kigali's pianos. It's an app called TuneLab and it's free for Android, so you can use it on your phone or tablet.

It's a kick-ass electric tuning assistant. It really makes life a heck of a lot easier than trying to tune by ear alone.

It also has another extremely funky feature which caused us to shed a little tear of gratitude.

Most of the pianos we see here in Rwanda haven't been tuned in decades. When pianos get really out of tune, they usually need two rounds of tuning. The first to pull the note up above its proper pitch, and the second to fine tune it to its proper pitch.

The reason you need to do this is because, as you pull the notes into tune, you stretch the strings. This exerts a huge amount of pressure on the metal string frame. As a result, the frame changes shape a little, pulled in by the strings. All the strings become a bit looser (flatter) as you tighten.

If you're just tightening a little bit, on an instrument that's relatively in tune, that's no big deal, but on instruments that are heavily out of tune, it can really cause a problem. If you don't perform an over-pull (first tuning) and go straight for fine tuning, you'll discover that all the notes you've tuned will be out of tune again by the time you finish.

We usually do the two tunings on separate days, a couple of weeks apart, to give the strings a chance to settle. But, thanks to TuneLab, life just got a whole lot easier.

There's a special function on the app that listens to how out of tune the piano is, then performs a ridiculously complex mathematical equation and tells you exactly how far above the correct pitch to pull each string so that, by the time you finish, all the strings end up in tune.

We tried it for the first time on the Kawai and it worked like a dream. We'll pop back in a couple of weeks to check whether the tuning has held, but it looks like it'll save a huge amount of time.

Praise be modern technology.
at 08:15 No comments: 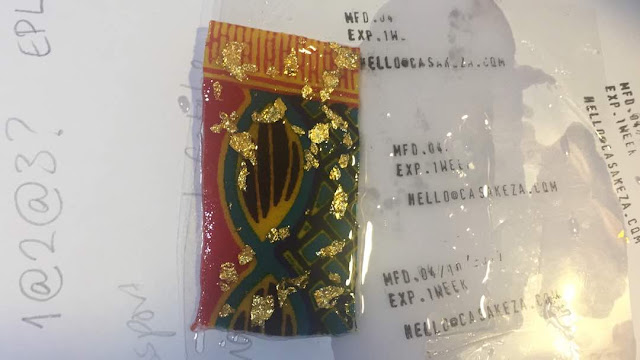 Our lovely friend Maia has been experimenting with igitenge, which is a local printed fabric, and resin. She's currently making jewelry, but we're considering using this technique to make key tops. African fabric instead of plain white plastic. We think it might look rather stylish.
at 06:26 No comments: 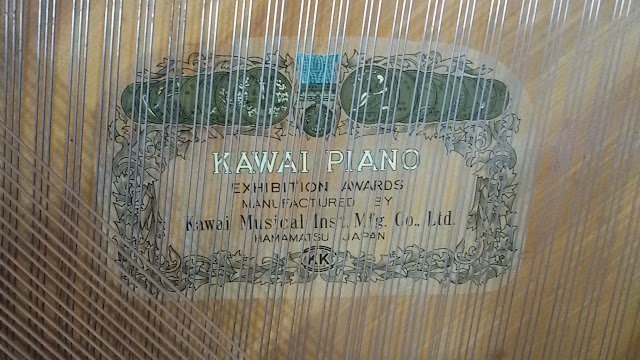 Double whammy yesterday. Went back to tighten up the gorgeous Yamaha grand, then dropped by the neighbour's house to tune their Kawai.

You might remember a while back, we abducted a piano action from a (we think) 1969 Kawai upright. It had some broken bridle straps and a broken hammer.

We had to wait a month for the straps to arrive, but Désiré replaced about five of them and carved a new hammer butt for the broken one. 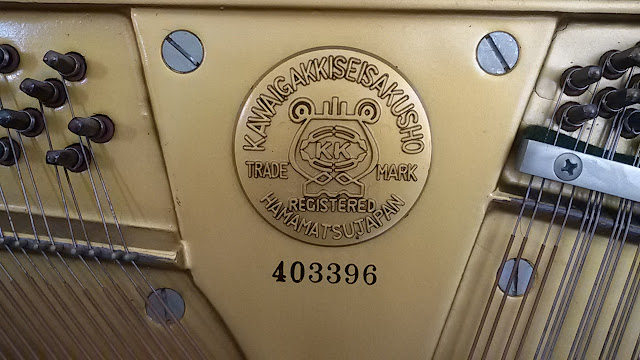 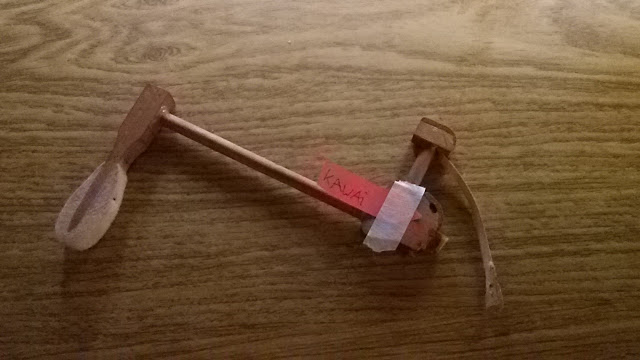 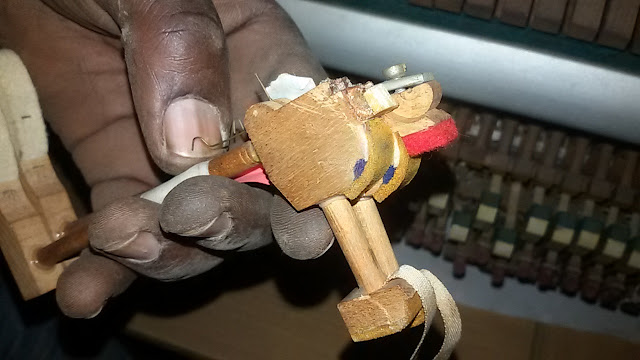 It was our first ever repair job, which we did for free just to see whether we could.

Marion broke into a cold sweat over replacing the action. In every upright we've seen so far, the pedals are connected with wooden poles. The Kawai had exactly the same pedals:

The only thing is, unlike any other piano we've seen, the pedals are attached with lengths of black rubber hose. 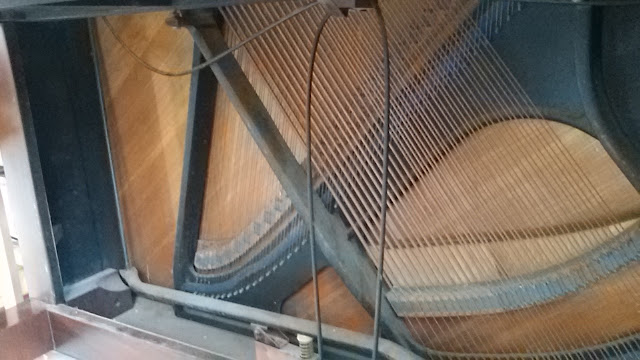 Some sort of cat's cradle with liquorish.

The sustain and muffler went in easily, but the half-blow was nowhere near as obvious. Somebody else had taken it out, so putting it back was trial and error. There was a length of wire with two screws attached, but the screws didn't appear to screw onto anything. Turned out, they were just to prevent the wire slipping through the catch. 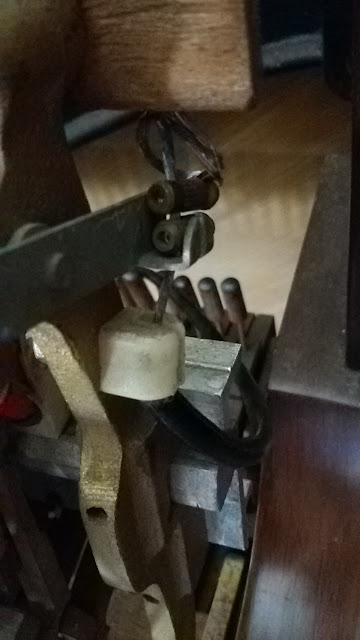 Bit of a palaver, but got there in the end.

There's certainly never a dull day with pianos. In the very short time we've been doing this, we've seen so many types of piano from all over the world: Dutch, American, Canadian, Japanese, Chinese, Korean, French and Russian.

Really hope to add Rwandan to that soon, but we're having huge problems sourcing steel strings. One of the largest steel suppliers in Kenya told us it would be impossible to find in East Africa. We've tried a French supplier, who hasn't responded, and a Canadian supplier, who doesn't export. The search goes on...
at 09:23 No comments: