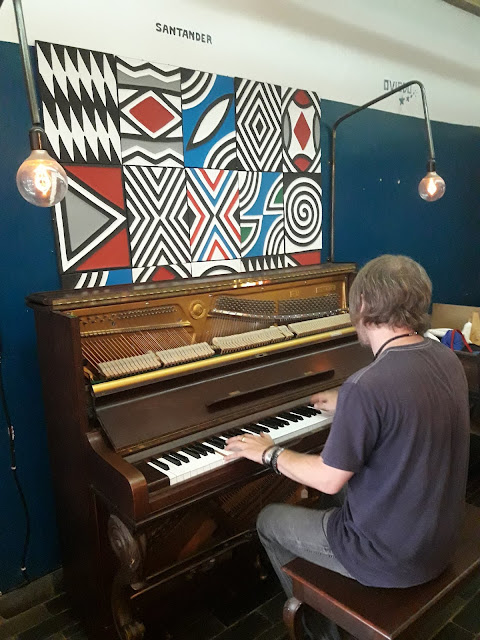 So, we've been on a three-month hiatus.

A combination of many factors: Désiré becoming a dad again, having a lot of other projects he had to complete to bring in money, Marion's parents visiting for three weeks, and a bout of malaria. Things kind of ground to a halt.

We're gearing up again, though.

Starting out with a little post about a concert we helped with last month. British musician Ian Sheppard was visiting Rwanda and played two gigs at CasaKeza in Kacyiru. 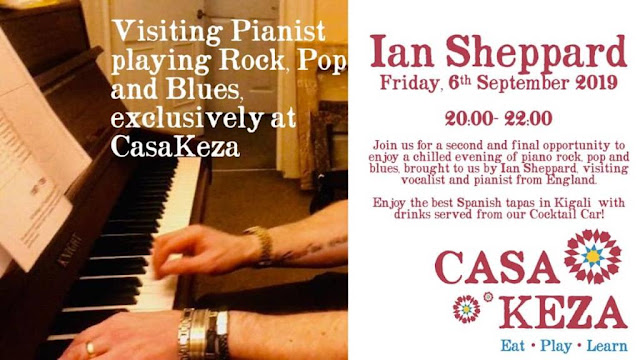 Marion provided her Young Chang for the event, but it took a bit of getting over there. 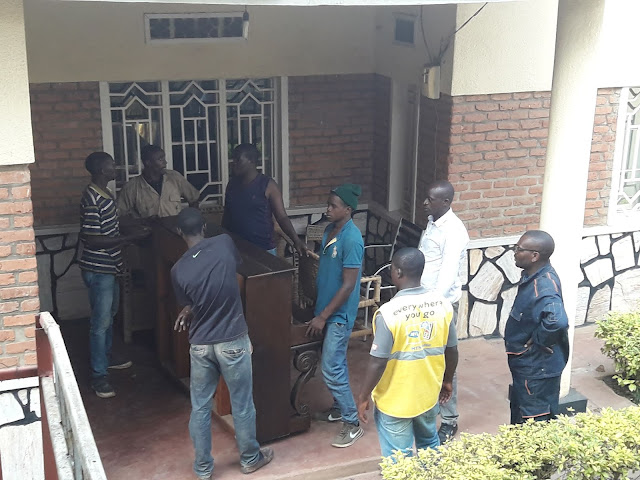 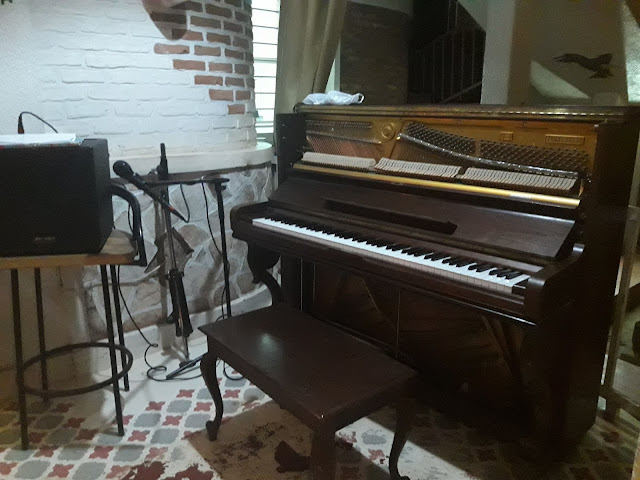 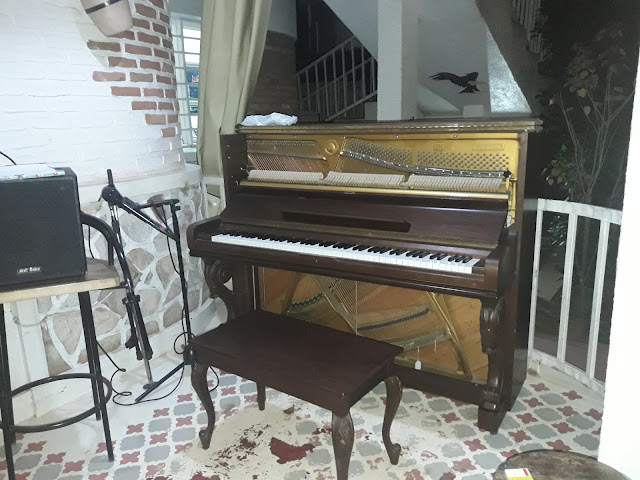 We put the piano on the porch and opened it up, partly to let the sound out and partly because it looks extremely cool. You can still see the size tag on a newly-strung bass string.

Many people have never seen the working action inside a piano before and it drew a lot of excitement. Pianos here are really rare and, 'Ooh, there's a piano!' was a regular exclamation as people walked out to the garden. We left it unlocked most of the time so people could come and have a go. Quite a few musicians pass through CasaKeza as they regularly have live music, so there was a real eclectic mix. It was great to see, as most musicians only have access to electric keyboards and playing a full-on acoustic piano is a whole other experience.

One day, we'd love to build a public piano for the pedestrian area of Kigali town centre.

Anyway, Ian is extremely talented and great at getting the audience to join in. Here's his rendition of Bohemian Rhapsody.