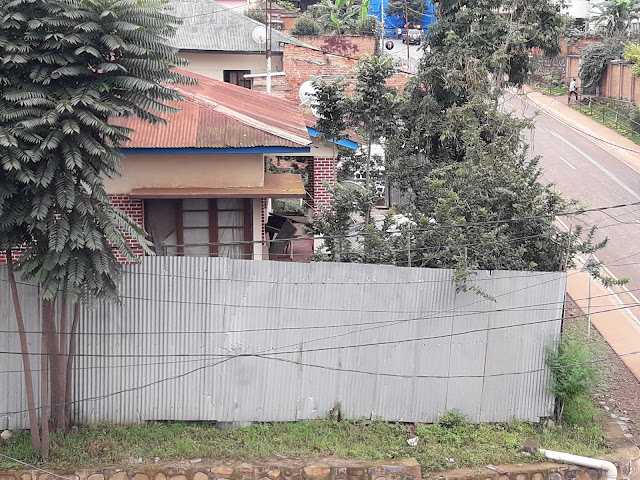 Can you spot the piano?

Marion was on holiday in Bukavu, DRC, last February when she looked over the balcony of the hotel and her eyes lit up. There was a baby grand sitting on a porch.

Turned out, one of her friends knew the person living there and put them in contact. She took the bus down to Cyangugu on Friday, a seven-hour trip which winds through Nyungwe Forest (incidentally, one of the contested furthest sources of the Nile). It was a wet and foggy day as the rainy season has been very heavy this year, leading to flooding and occasional landslides.

Emerging from Nyungwe, the south is swathed in tea fields, and from the hotel there was a lovely view across Lake Kivu to the Democratic Republic of Congo (DRC).


Rwandan foreign residents can cross the border on a piece of paper called a CEPGL, so the next day she took a moto to the crossing and walked across the bridge between the two countries. The route crosses the river Rusizi, which flows from Kivu (one of the world's three exploding lakes) to Lake Tanganyika. 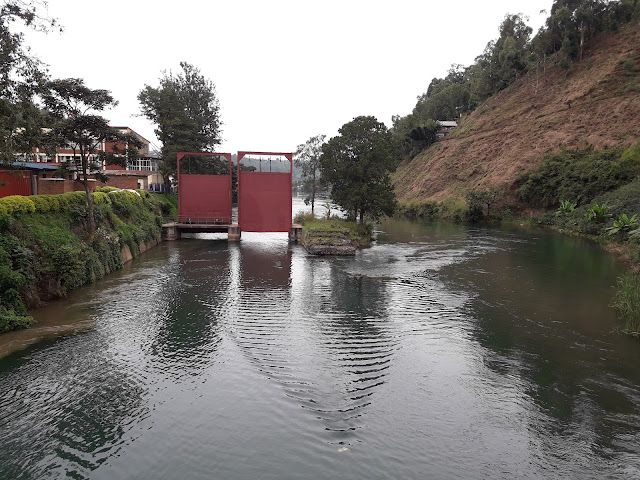 Things are a little different in Congo. The motos (public motorbikes) don't have passenger helmets, and the roads have huge potholes, which makes for a fun, if slightly hair-raising, journey along muddy streets. She made it to the house in one piece, and was welcomed in to look at the piano. 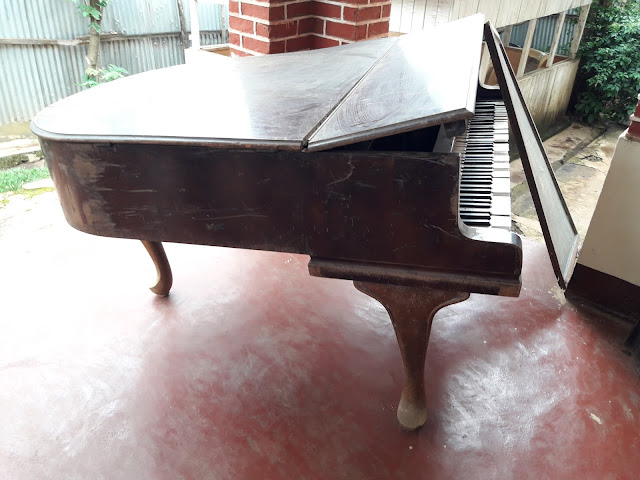 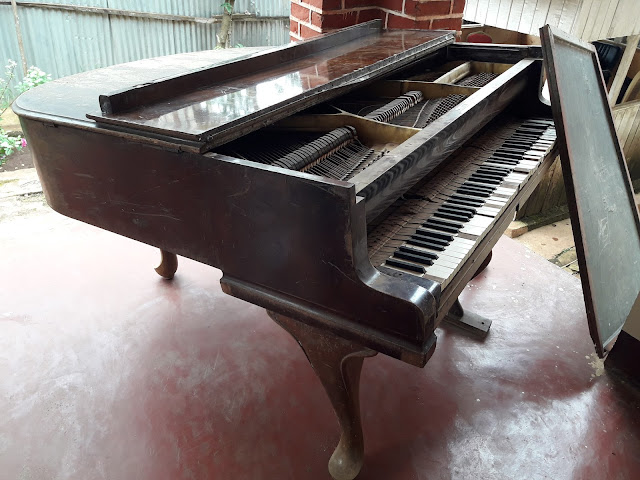 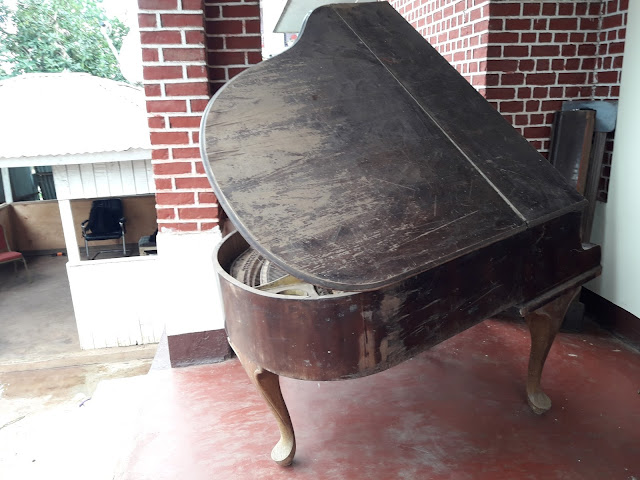 It's an August Förster from Czechoslovakia (which became the Czech Republic in 1993). From the serial number, it was likely made around 1945, so around 73 years old. The company are still in business today, though based in Germany.

The story seems to be that the lady's grandfather was given the piano by a Belgian man he worked for in Goma, before the man repatriated. Her grandfather was a musician in his spare time and it's been in the family ever since. We've also been in contact with someone who thinks he remembers this piano, though we're still not one hundred per cent sure it's the same one.

It is always extremely interesting to learn about the history of any instrument. They find their way here to Central East Africa from all over the world: China, Japan, Korea, France, the Netherlands, the USA and Canada, but it's rare that anyone can tell you exactly how they got here or who once played them.

Sadly, this piano was in extremely bad condition. The tuning pins were severely rusted, the strings themselves were gone. Many of the keys, and the entire action, need replacing. It's a serious salvage operation. 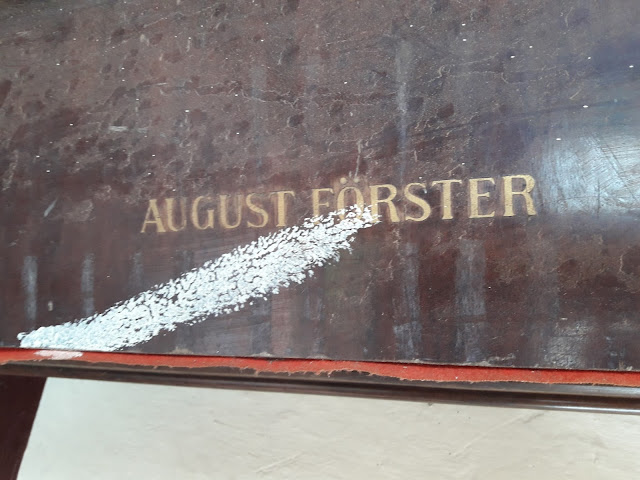 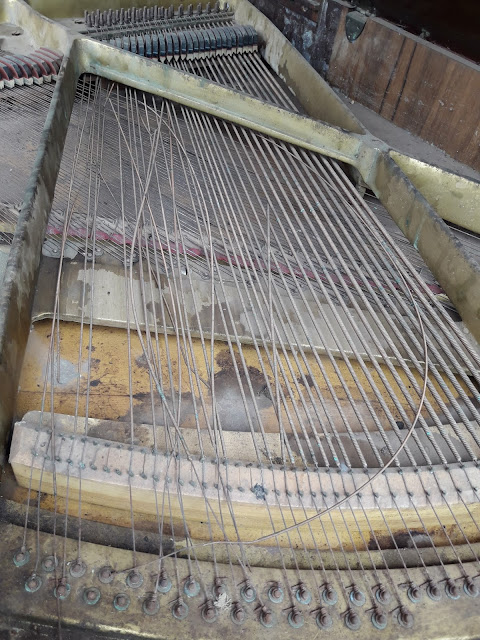 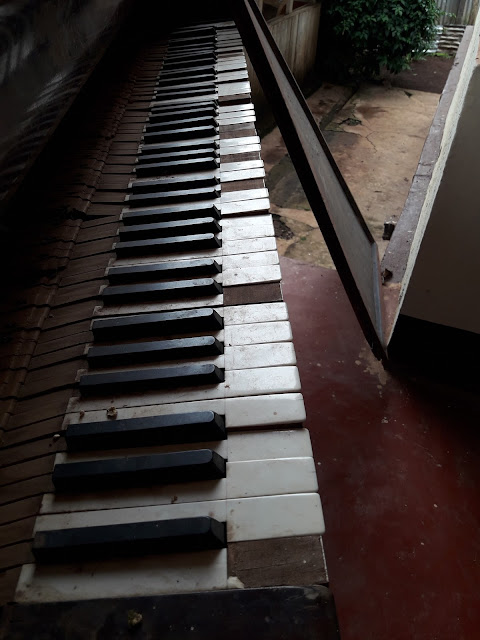 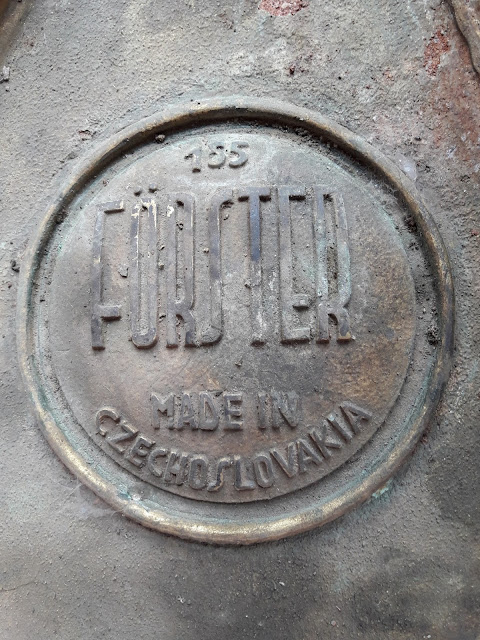 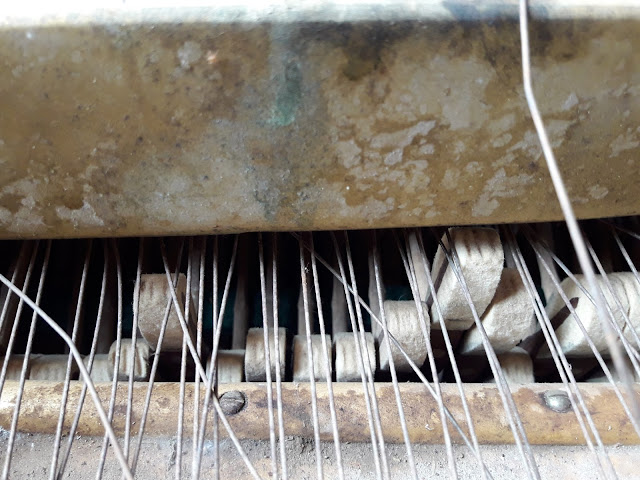 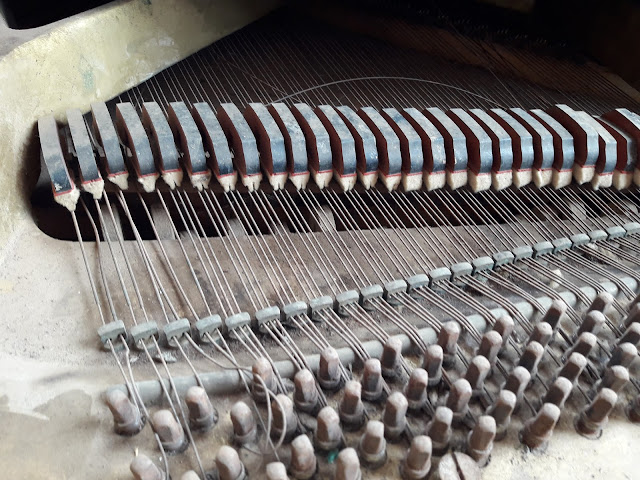 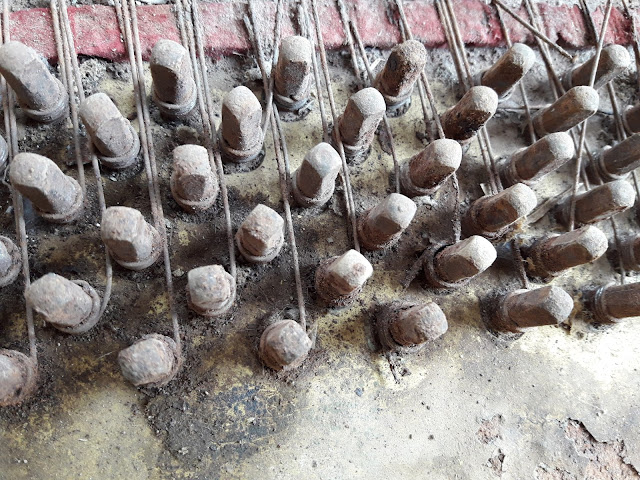 It was clear it would cost several thousand dollars to refurbish, taking import costs into consideration. You'd have trouble giving it away in many places, but in this region we're unlikely ever to see another one. The value for us lies in the frame. As with the Lirika, if we have a frame, we could technically manufacture baby grands in the future. After making a pattern of the frame, we'd try to refurbish it as a rental instrument, as there's no one renting out a grand in Kigali, and plenty of musicians who could use one. We've been approached in the past to ask whether we can provide instruments for concerts, but we can't. We've only seen one other grand so far, and it's an extremely expensive Yamaha. The risk of damaging it if moved is far too high. If this one got a few knocks and scrapes, at least it would be ours and we could repair it.

With all of this in mind, we made an offer of $500, but they felt this was too little. We're not prepared to go higher because of the huge cost of restoration, and we'd also need to get it across the border and up to Kigali, which is no small feat.

Still, it was really interesting to see it, and to consider its history. Unfortunately, if it continues to rust and is left on the porch, it is unlikely to play again. It's heartbreaking to see pianos like this one, and the Sébastien Érard and Emile Vits, just rotting away when instruments are in such short supply. They really are incredibly beautiful, and a piano should do what it was built to do - make music. But it's important that we focus on our own project at the moment and try to get more pianos into circulation.

The trip back was very beautiful. Rwanda is an extremely green country, with breathtaking views of the lake and the mountains. 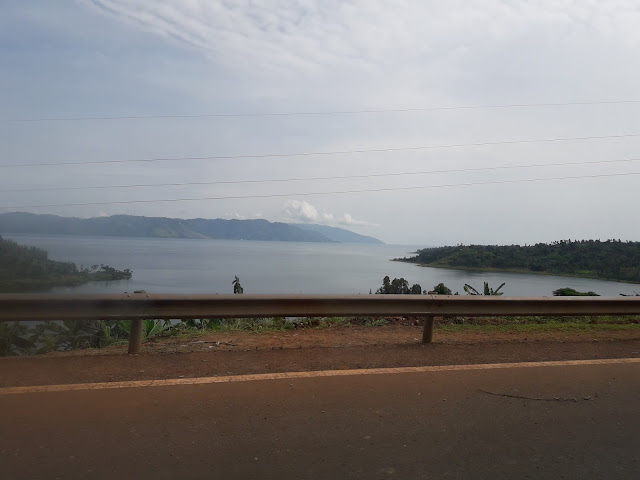 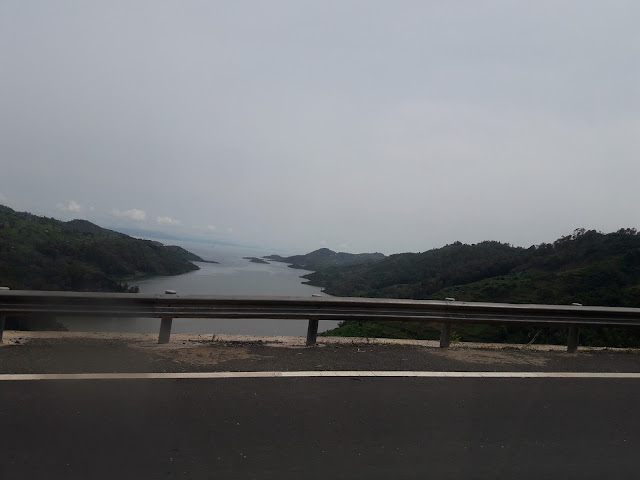 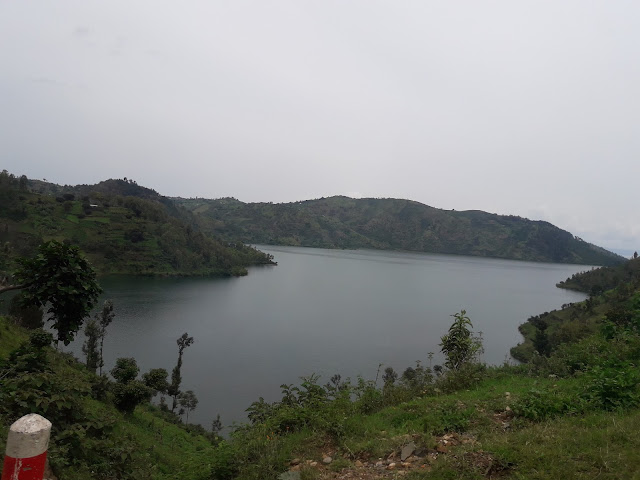 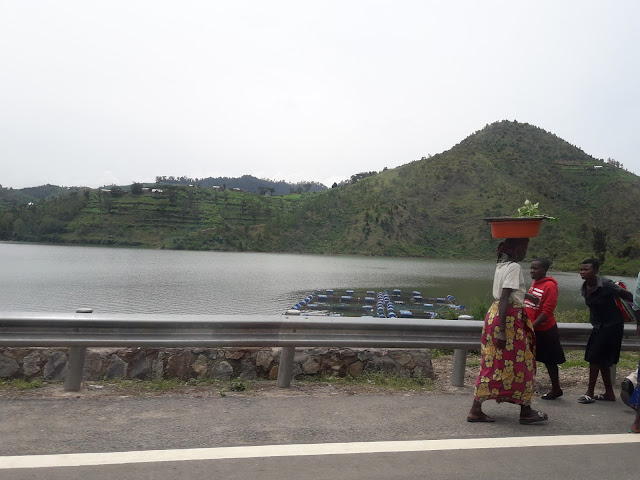 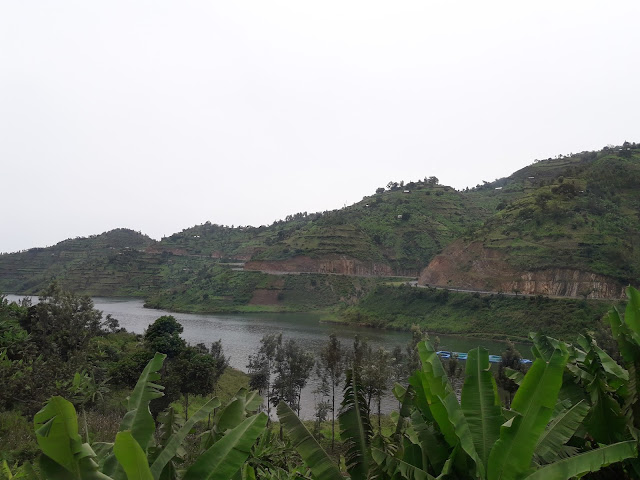 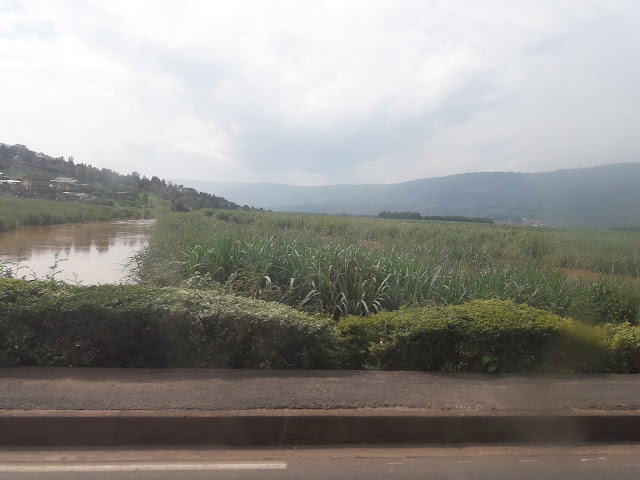