The Mystery of Thomas Dawkins 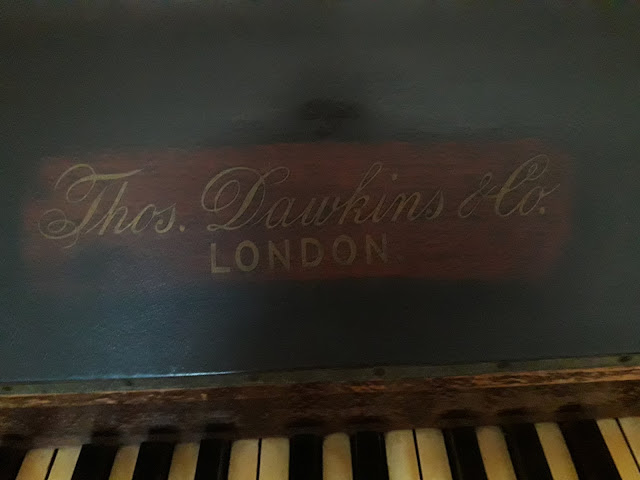 Next up, here's an intriguing instrument. Marion's stepdad, Merrick, inherited it from his father. 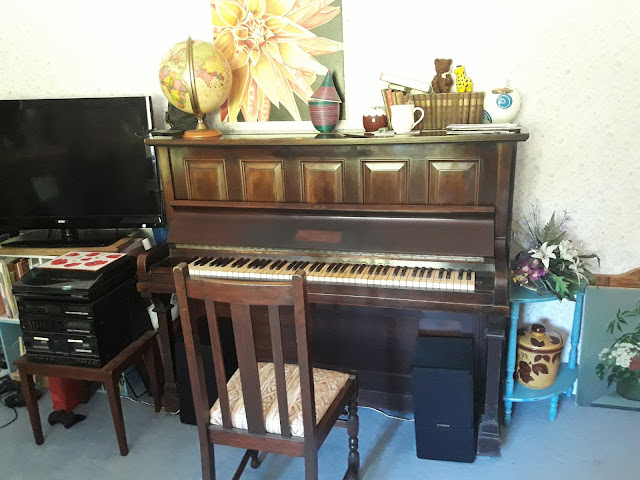 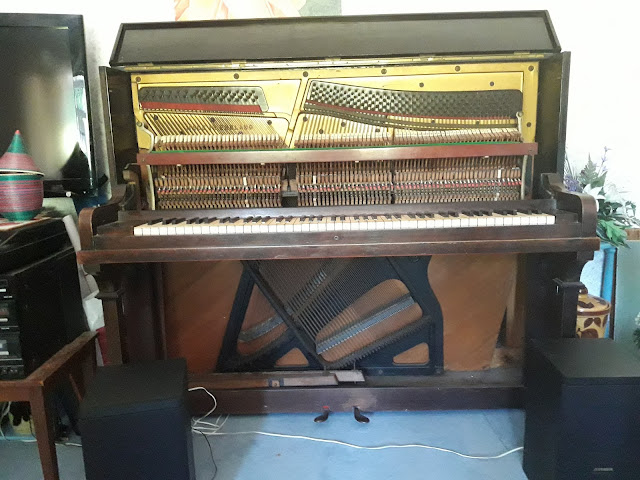 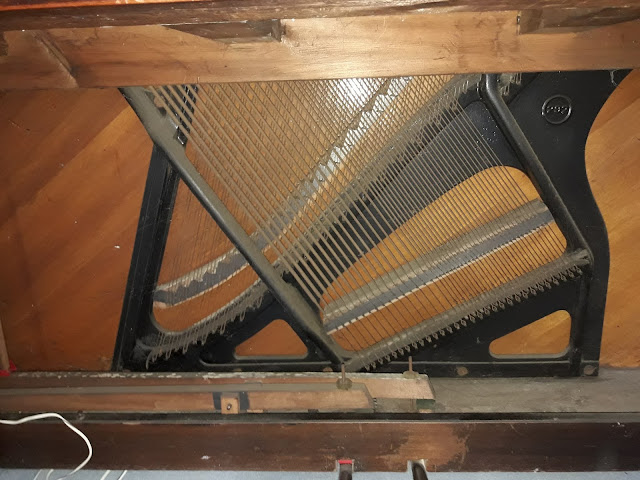 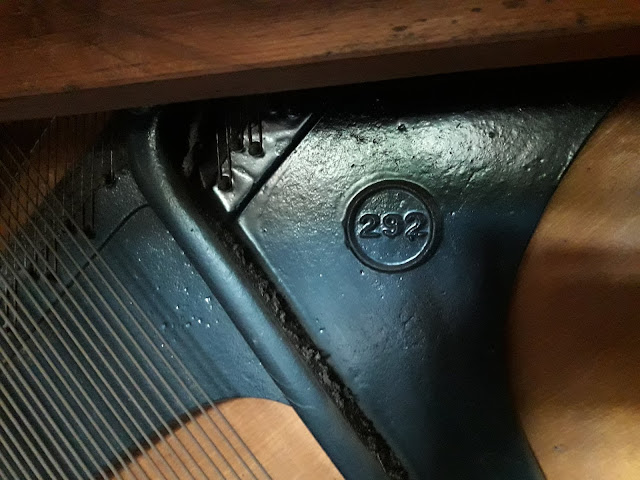 Lovely. What could be so strange about that?

Well, there's no such thing as a Thomas Dawkins piano, apparently. Thomas Dawkins is known to have advertised as a military instrument maker, but it appears he imported pianos rather than made them. 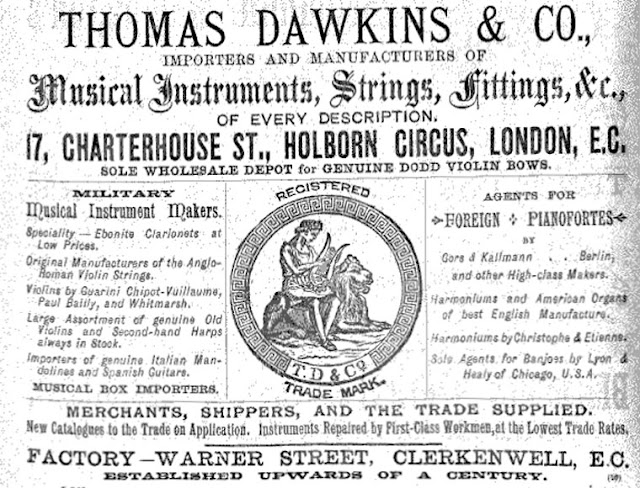 It's likely he removed the original brand name and painted his own over the top before resale. So, we have a serial number, but it's impossible to date without the model. 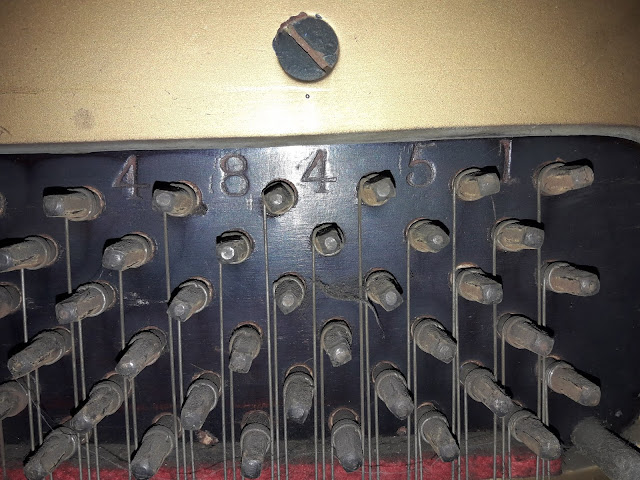 If anyone has a piano with the same colour/shape plate, with 'Made in England' stamped on it, and the same serial font in the top right, we'd be interested to hear about it. See if we can identify the make.

Merrick remembers hearing something about the piano being connected to 'the exhibition at Crystal Palace'. The only major exhibition we'd heard of was the Great Exhibition of 1851 (you can watch a nice video about it here, with mention of a piano that four people could play at once). Sceptical that the piano was that old, we nonetheless did some research.

It turns out that 1851 was actually a historic turning point for pianos, as it was the first time that a European cast-iron frame had been displayed. You can find out more in this book: The Piano-Forte: Its History Traced to the Great Exhibition of 1851.

As this piano has an overstrung cast-iron frame with 'Made in England' on it, that rules out its participation in the Great Exhibition. Just to be absolutely sure, we scoured the full Guide to the Exhibition for any mention of Thomas Dawkins. There wasn't any, but there were some descriptions of very beautiful pianos, which might interest enthusiasts. You can press ctrl+F (for find) and type piano to skip through all mentions.

Examining the instrument, it shares some similarities with Marilyn's 1930 German Steck: the black and gold frame, 85 keys instead of the modern 88, all made of ivory (though a lot more yellowed). According to this article, ivory most likely places it pre-World War II. The war made it much harder to obtain ivory. Plastic also became cheaper to produce, keeping pianos affordable for the masses.

Responses on Piano World place it around 1890-1920. Given the similarities with the Steck, you could probably extend that to the early 1930s.

After the Great Exhibition, the Crystal Palace was relocated and hosted a huge number of events and exhibitions until it was converted into a naval training base during the First World War. It played host to the world's first aeronautical exhibition in 1868, and the world's first cat show in 1871. Music was a huge part of the building's purpose:

In the central transept was the 4,000-piece Grand Orchestra built around the 4,500-pipe Great Organ. There was a concert room with over 4,000 seats that hosted successful Handel Festivals for many years. The performance spaces hosted concerts, exhibits, and public entertainment. - Wiki

It's certainly not inconceivable that the piano was either played at Crystal Palace, or that it was sold there as part of a retail fair.

Unfortunately, like the Steck, it's suffered from damp and wear over the years and is in need of restoration. 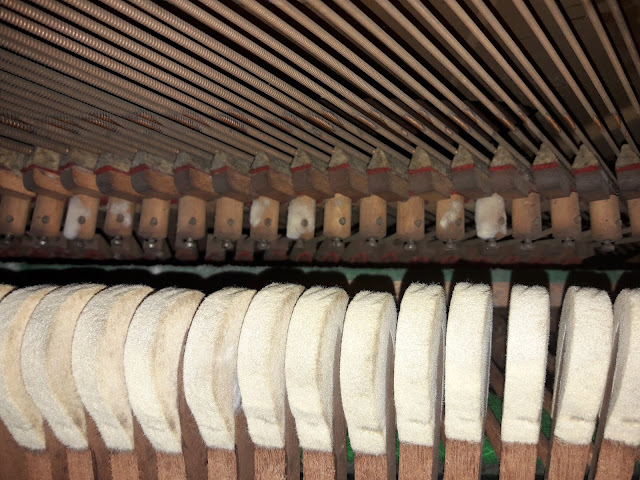 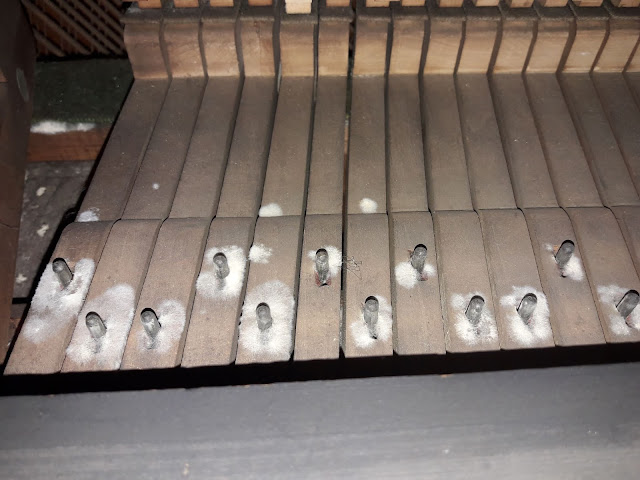 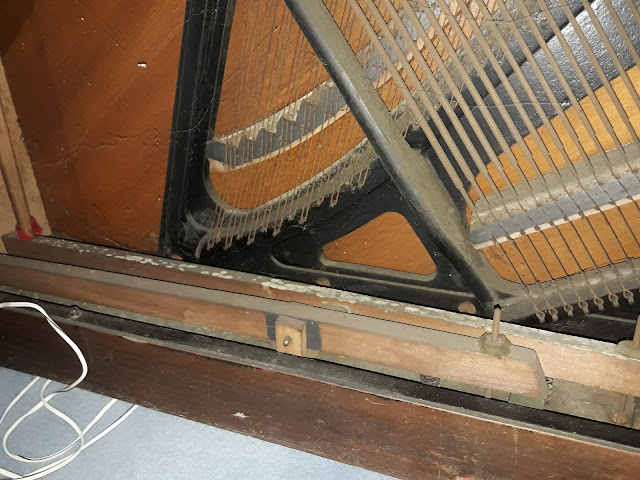 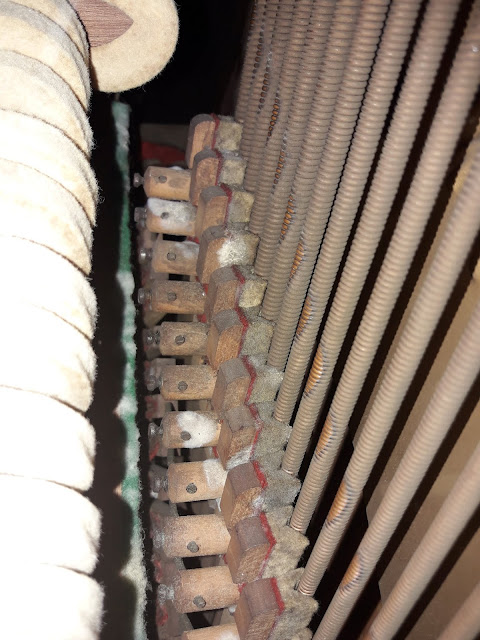 We gave it a little tune up, and managed to find the music rack tucked away inside the lid. 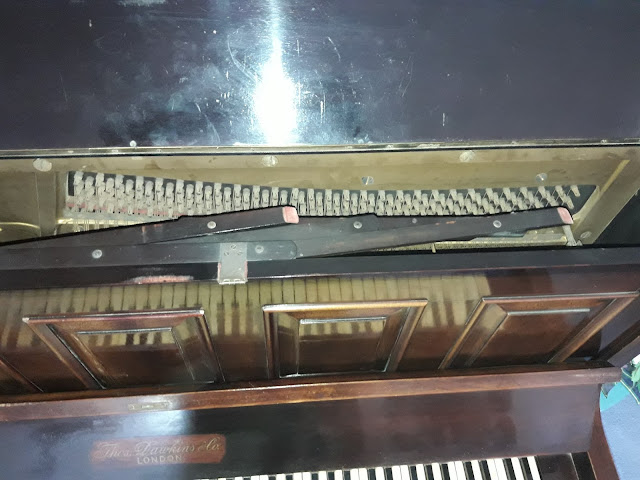 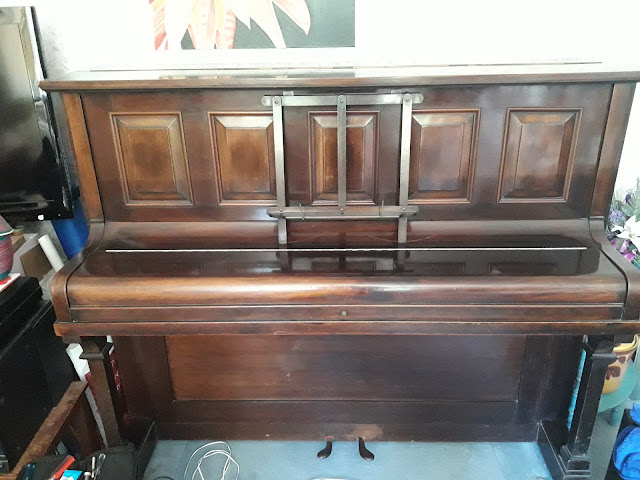 And there was just time for a little play, in which you can hear a couple of the hammers stalling. It would be so interesting to know more about the original make of this piano, in the hopes of narrowing down the date a little.