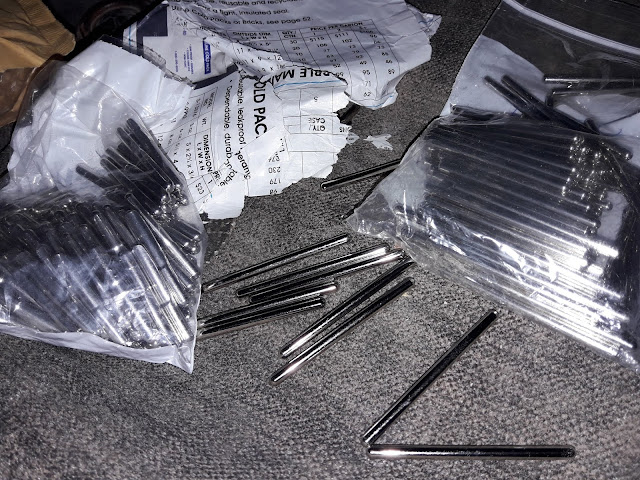 They're sitting in Dés's workshop ready to go into the keyboard. Then the keyboard will go into the piano, and the Lirika action will hopefully go on top of that - and we'll hear what our piano sounds like.

What a terrifying thought.

Had an interesting experience yesterday. Doing some final adjustments to the Kimball we've been working on. A couple of the keys were catching, likely due to exposure to damp in the past, and it was making them impossible to play. Had a good look at them, but it was quite hard to tell exactly where they were catching. For lack of chalk, Marion waxed the keys to protect them, then coated a thin layer of concealer across them. She popped them back int he piano and had another play. The concealer highlighted the areas that were rubbing and she got to work with the sandpaper.

It took a lot of sandpapering, and they're not a hundred per cent, but they're much better than they were and you can now play all the keys. We'll monitor the situation and maybe break open the power sander later down the line. 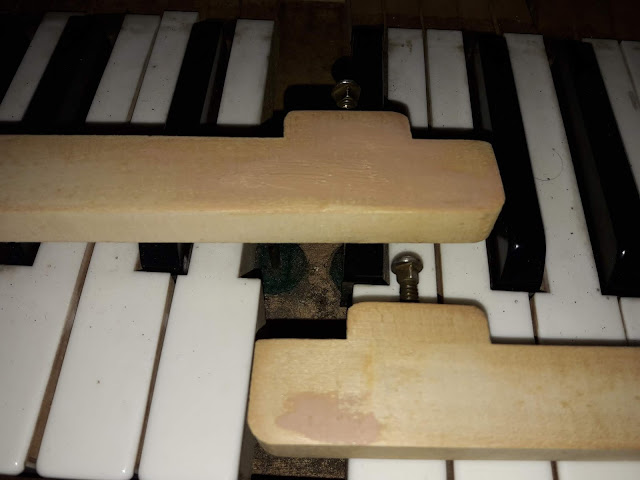